Posted on September 23, 2013 By Kristin @kristinmcgee

I’m super excited to have my first blog post up on Rosie Pope’s website. Rosie Pope (a mother of 3 with one on it’s way), is the creative force behind Rosie Pope Maternity, a maternity clothing and accessories line as well as a place for women to come together and bond over motherhood. She is also the founder of MomPrep which offers prenatal, postpartum and parenting education studios.

Rosie and I have both worked and work with Bethenny Frankel. Rosie starred on “Bethenny Getting Married” helping Bethenny prepare for motherhood. She also starred in her own reality show on Bravo, “Pregnant in Heels”. I’ve been teaching Bethenny yoga since she was pregnant, we actually shot “Body By Bethenny” when Bethenny was in her first trimester. I continue to work with her now and she is awesome.

I love to be surrounded by positive, productive, mompreneurs; and I’m genuinely thrilled to have the opportunity to work with such powerful, smart, creative women.

Check out my post on “Why your Tummy is Good for Breastfeeding” on Rosie’s site and feel free to leave comments there too! 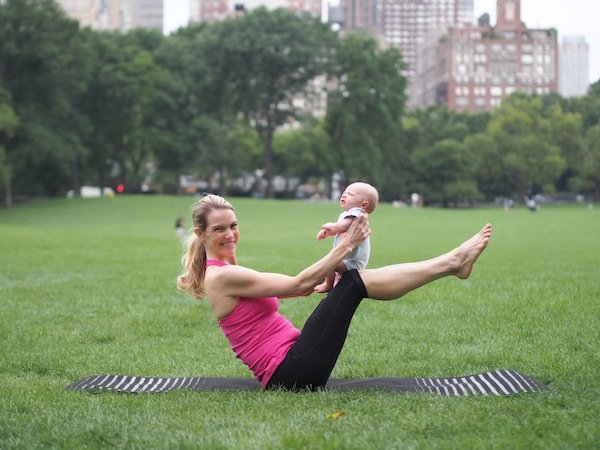 National Yoga Month!Mommy and Me Yoga!