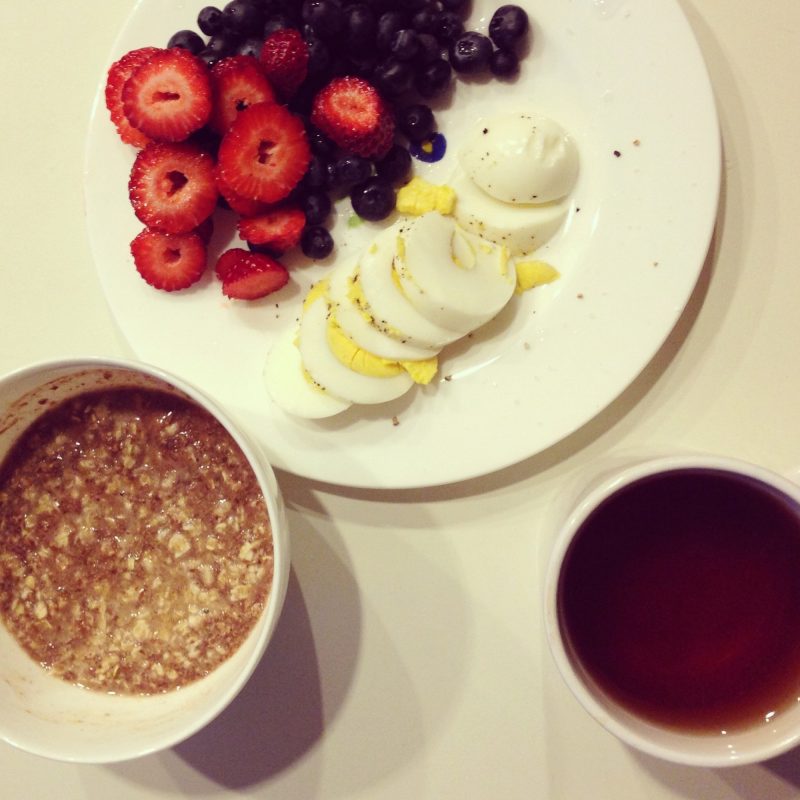 Home / Fitness / Some of My Favorite Pre Workout Snacks

Some of My Favorite Pre Workout Snacks 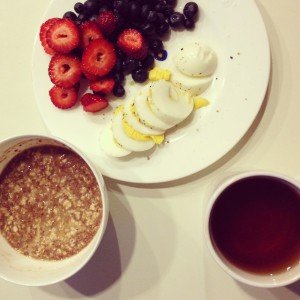 Have you ever found yourself losing energy mid way through your workout? Chances are it could be a result of choosing the wrong fuel beforehand. A good pre workout snack should include a healthy carbohydrate, a protein and a little fat to keep you going steady. It’s important to eat about an hour or two before you hit the gym or go for your run or to yoga class. You want your body to concentrate on exercising and not digesting; but you also need to have some energy to burn. Timing your snack or mini meal and eating the right things can make all the difference when it comes to having an awesome workout.

Here are some of my favorite pre workout choices throughout the day.

If you’re an early am workout gal, it’s best to choose something light that will give you enough calories to power you through your exercise without weighing you down. These can also work mid morning as a second mini meal or breakfast.

Some good options include:

*A bowl of ¾ cup Barbara’s Cinnamon Puffins, a half of a banana and a ½ cup of unsweetened almond milk of lowfat milk.

*Half of a cinnamon raisin Ezekial sprouted English muffin with 1 tbls. Lowfat cream cheese or ricotta cheese with a ½ cup of blueberries.

*1 hard-boiled egg and a ½ cup of oatmeal sprinkled with cinnamon and a tsp. of raisins, dried cranberries or dried cherries with a ½ cup milk of choice.

If you tend to workout mid afternoon, I recommend saving half of your lunch for a post workout snack and eating the other half an hour or two before you hit the gym.

One of my favorite lunches is a brown rice wrap with Nuttzo (or any nut butter) and fruit sweetened raspberry jam. I pair this with an apple and some baby carrots. Before my workout I will eat half the wrap with the apple. Post workout I will have the other half with my carrots and possibly a glass of milk or a cup of yogurt for added protein.

Another choice is to make a healthy turkey sandwich with turkey, avocado, swiss cheese, tomato and mustard on Ezekial bread or a whole grain bread of your choice. Have half with a banana or orange beforehand and eat the other half with a cup of greek yogurt or a glass of chocolate milk afterwards.

A whole grain bagel with light cream cheese and lox and a cup of grapes can make a good meal to split in half as well. Eat half of the bagel and save the grapes and other half for later.

Mid afternoon I often grab a protein bar or shake before I hit the gym if I’ve already eaten lunch earlier in the day. Look for bars with less than 6 grams of sugar and a healthy mix of carb, protein and fat. Lately, I’ve been obsessed with Quest bars, which are made with very little sugar and are high fiber and high protein. The chocolate chip cookie dough flavor is out of this world. I also like Power Crunch bars and Kind bars. These make for good pre or post workout snacks and are easy to tote.

Shakes are great too and can usually be consumed a little closer to your workout if you’re short on time but really need a boost. I like to make a protein shake with a ½ cup cooled coffee and chocolate whey protein and almond milk. The coffee is a good ergogenic aid and studies have shown coffee to boost your workout performance. You can also make a green tea smoothie with vanilla whey, cooled green tea or match green tea powder, vanilla flavored rice milk and water.  A shake can be a good option any time of the day and especially if you’re an early evening exerciser and need to fuel your workout and then have a healthy dinner afterwards.

A bowl of cereal or bar or shake can be a good option for those who workout later in the evening. I recommend eating a small dinner after your workout and at least an hour or two before bed. A big bowl of soup with vegetables and meat or beans plus a side of quinoa, brown rice or whole grain roll is a nice late dinner. You can also do breakfast for dinner and cook up some scrambled eggs and throw then in a wrap with some hummus or sautéed vegetables.

Spider pose for Halloween!
5 Yoga Poses To Get Ready For Fall
Flow in to Fall
Trampoline Yoga Explained – What You Need to Know