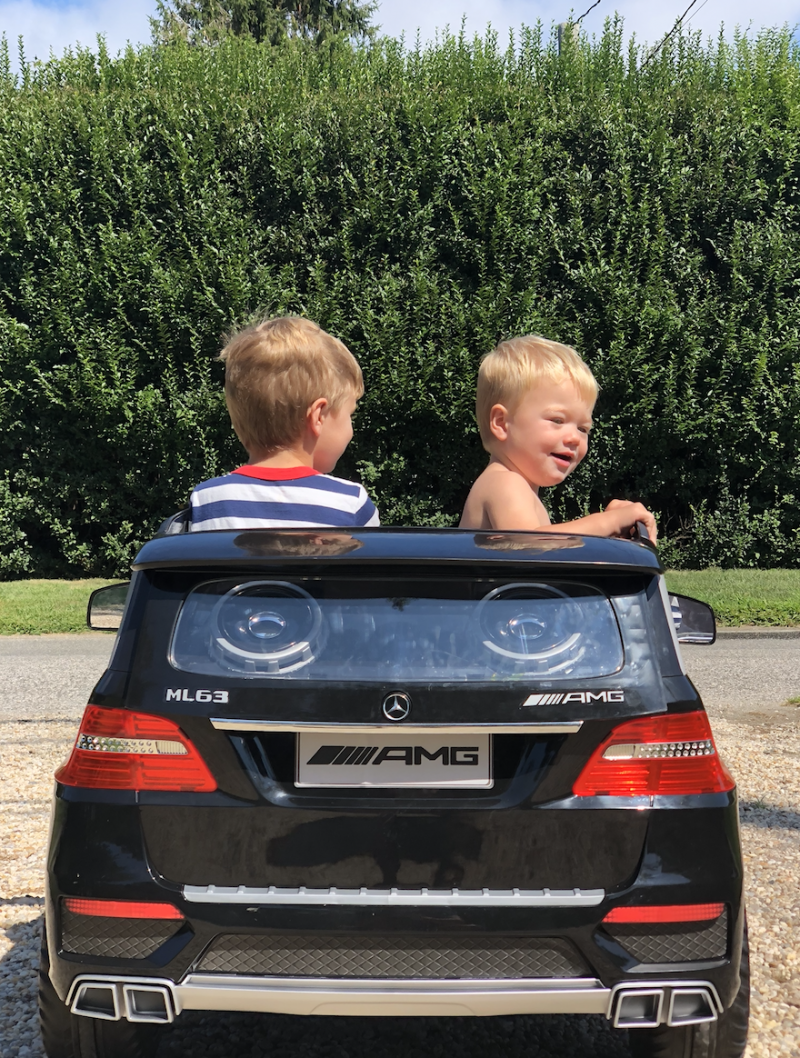 Posted on September 20, 2018 By Kristin @kristinmcgee

This summer was the first time we ever got a place outside of the city and let me tell you it was so much fun! I am a city girl through and through; but my husband was really adamant about checking out a beach house to get the boys away to. So I went in on it with him and we found a place in Bridgehampton, NY.

Besides it being an incredible get away for all of us, we finally have the space to get cool toys for the boys! We got some Schwinn bikes and a buggy for us all to cycle on and the boys have a ton of balls, push toys, beach toys and frisbees. Recently, I surprised Timothy with the coolest ride on toy…his very own car from Kid Trax. 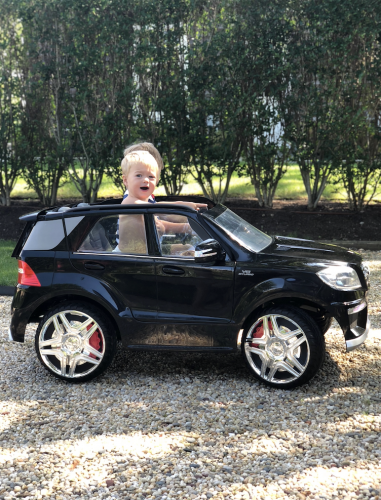 When the box arrived, you should have seen the excitement on his face. I took the twins to the children’s museum so he and his dad could assemble the car without distractions. My husband told me Timothy was such a great helper and it was surprisingly easy to put together his new convertible. All he needed was a screwdriver and a little wrench that was sent with the car.

After charging the car for 18 hours overnight, the next day Timothy got to drive it for the first time. He took some lessons on how to drive it forward and in reverse and he learned how to honk the horn and play music. The twins took turns as his passengers and I can’t even tell you how much fun they all had. 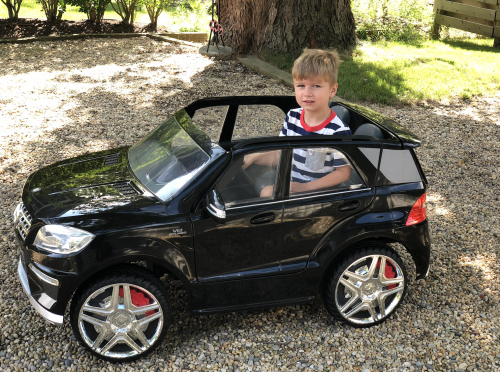 Kid Trax partners with leading entertainment brands like Marvel and Disney along with car and construction brands allowing for  children to create their very own playtime adventure. I had the hardest time deciding between which car to get Timothy. I also bought some Hungry Hippo chomp and roll toys for the twins so they have their own ride on vehicles as well.

Rigorous product testing and crucial features such as steel frames and best-quality batteries are just some of the ways Kid Trax builds durability into each of their toys. I was thoroughly impressed at how long the battery stayed charged for. Timothy drove his car all weekend long.

Kid Trax products are designed to help kids get more playtime out of their toys. The Direct Connect Charging system found on many Kid Trax toys makes charging easy, and their Power Trax rubber traction strips keep wheels from slipping. We bought a cover for the car so we can store it all year long. We are confident Timothy will have his car for years; and when he grows out of it, the twins will still have it to drive. At that point I will need to buy an extra car for sure!

I would love to know if you’ve seen Kid Trax ride on toys and what you think of them. I would highly recommend putting one on your Christmas list this year for your kiddos! 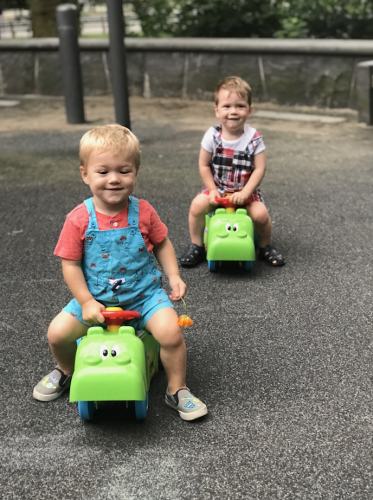