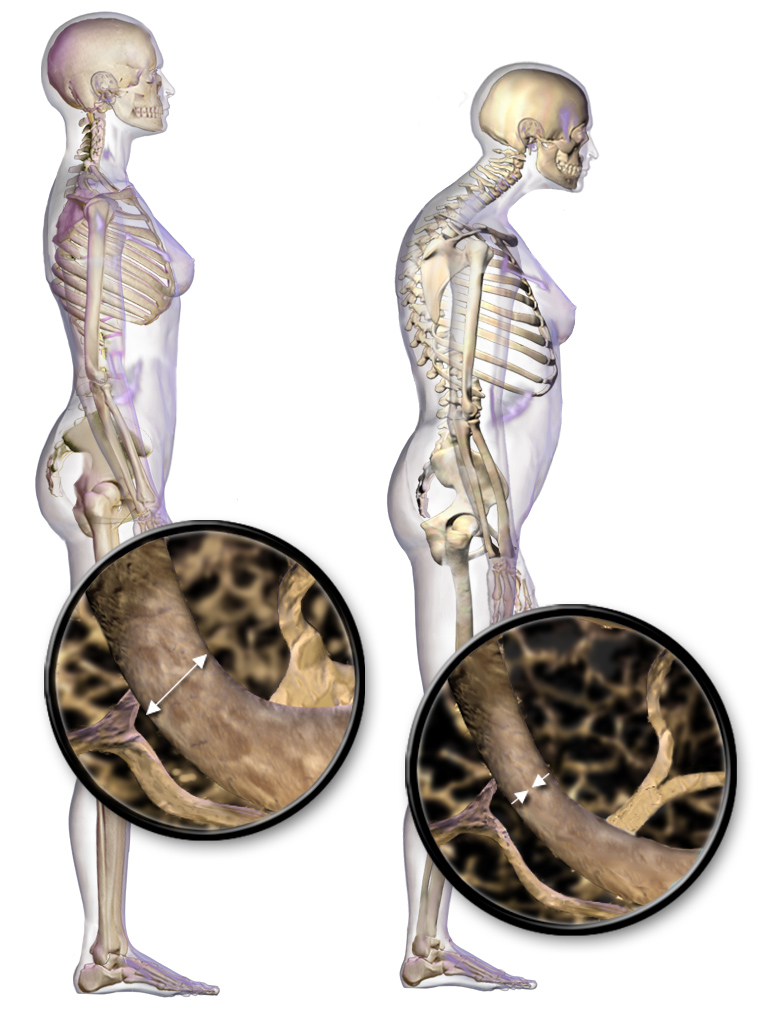 Posted on February 25, 2017 By Kristin @kristinmcgee

The New Year is a season for setting goals, but when it comes to fitness ambitions, good intentions can often lead to injury. 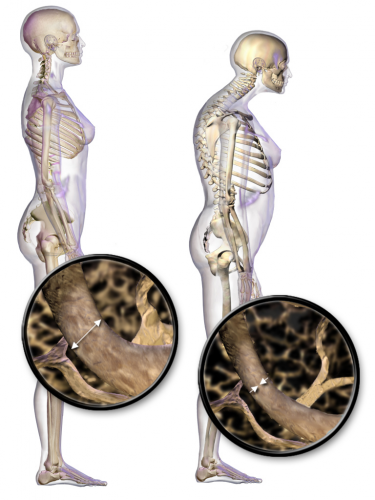 Whether you are building a fitness routine from the ground up or working to increase your intensity, it’s important to consider your bone health before jumping in. Many people, especially women, are at risk for low bone mass caused by osteoporosis, but they don’t realize it until a break occurs. According to the International Osteoporosis Foundation, osteoporosis causes a broken bone about every three seconds worldwide. One in two women and one in five men over age 50 will suffer from an osteoporotic break in their lives.

As you tackle New Year’s fitness goals, the best way to protect your bones is to build as much bone density as possible. Luckily, almost anyone can build significant bone density at any stage of life, so it’s never too late to have better bone health.

People with bone health concerns generally avoid impact-level exercise for fear of injury, and that’s justified. If your bone mass is low enough, it’s possible to break a bone doing something as simple as taking groceries out of the car. However, the best way to build new bone density isn’t with pharmaceuticals, but by enduring impact-level force, which triggers the body’s natural ability to build new bone. Thanks to new technology, a process called osteogenic loading safely creates impact level force in less than 10 minutes a week, but greatly decreases the risks of injury. The process is so powerful it has completely reversed osteoporosis in many people, including my mother, who is in her 80s and now has the bone density of a 30-year old.

The Osteoporosis Institute, which advocates non-drug treatments before pharmaceuticals, recommends osteogenic loading to increase bone density. Osteogenic loading is easily adapts to a person’s age and physical ability, making it an ideal anti-aging tool for everyone. When people are concerned about bone loss prevention, I encourage them to visit OsteoStrong, an osteogenic loading therapy group with locations throughout the U.S.

Break your goal into small steps.

Sometimes people are so inspired by the New Year that they vow to take on a major fitness objective, but because the milestone is so distant, they quickly become discouraged. Whatever your intent is, whether it’s to lose 10 pounds or nail a challenging yoga pose, don’t hold yourself to a standard of achieving it too quickly. Small steps are the best way to avoid an injury that could knock you out of training for months.

Make sure your technique is good.

Joint injuries often happen because of improper technique. For example, runners most often suffer from joint problems in the hips, knees, and ankles because of incorrect movement patterns. Group classes and private lessons can help you learn the fundamentals of any activity correctly to prevent injury.

Whatever your goals are, make balance part of the routine.

Injury often occurs because of overuse and lack of diversity in a training routine. If you’re focused on running a marathon, you might get tunnel vision and only focus on running, then neglect agility and suffer a fall. Vibration exercise, or balance board work, just a few minutes per day can protect you from a life-altering injury, and will also prepare you for the movements you need in your daily life to be even more confident and effective.

A thorough warm-up and cool-down are crucial for injury prevention. Before going straight into a tough routine, take a few minutes to loosen up and do some light stretching to lubricate joints. After the workout, gradually cool down to a lower intensity and finish with deep stretching to relax and loosen muscles around the joints, which will prevent pain and soreness and help joints recover.

John Jaquish, PhD is the inventor of multiple patented technologies used by OsteoStrong, the health and wellness system that helps clients between ages 8 and 98 build stronger bones, improved strength, and better balance in less than 10 minutes a week. OsteoStrong introduced a new era in modern wellness and anti-aging in 2011 and has since helped thousands of improve strength, balance, endurance, and bone density.