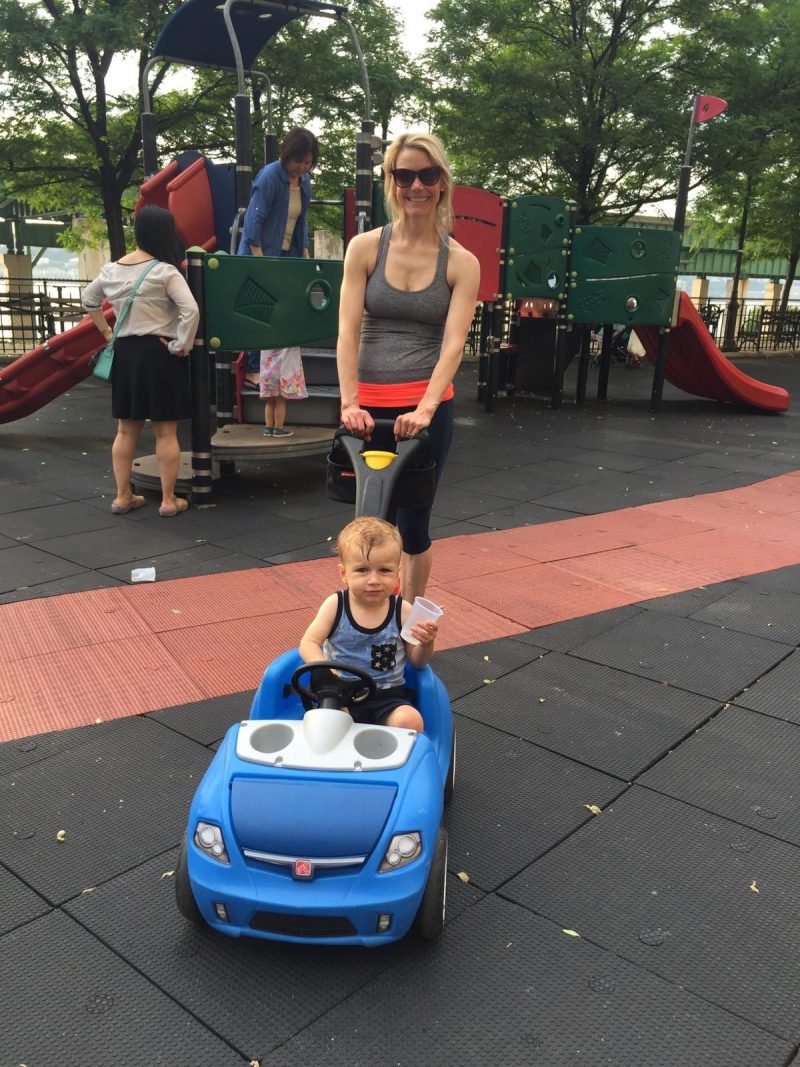 Posted on June 1, 2015 By Kristin @kristinmcgee

I was recently sent a FlipBelt to test out by the company. I think it’s a great and I wanted to share it with my readers! FlipBelt is a working/running belt that you wear around your waist to carry things such as keys, phone, money, etc. It’s called a “Flip” belt because once you put all your items in it, you Flip it around so everything stays in securely – what a cute idea! This graphic from their website shows just how much you can fit in it:

The FlipBelt comes in a ton of fun colors, but they also have black if you prefer something more camouflage. I’m totally into bright colors lately, so I went for Neon Punch. At first I was a little skeptical about how this band was going to stay up around my waist – I don’t have huge hips, so usually things like this just fall off. I was impressed though! The FlipBelt fits snuggly on my hips – tight enough to stay on, but not TOO tight that it pushes at your bladder constantly. I’m not a runner, but I used it to to hold my keys, phone and money when taking Timothy for a walk and to play in the park. I’ve also used it when I had a full day of running from client to client. I have to say, it’s nice to not have a purse around my shoulders all the time and probably a lot better on my shoulders! 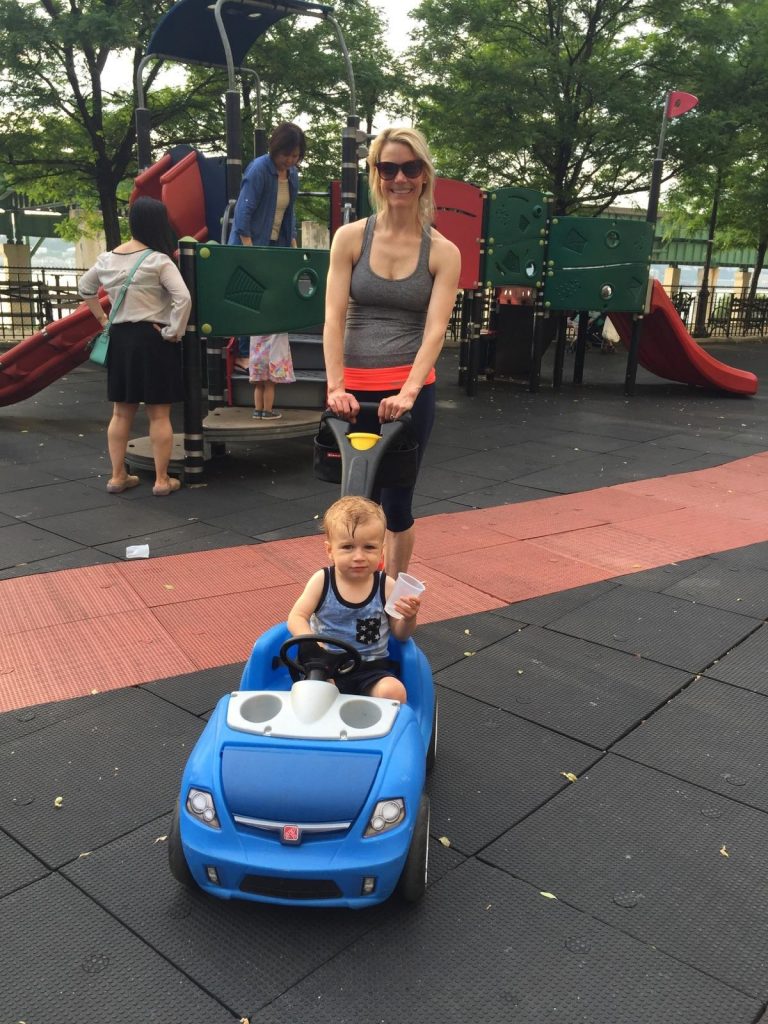 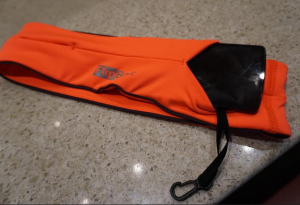 I feel like it would be great to use if you’re going to the gym and you just need your essentials with you, but don’t want to go through the process of having to lock up your phone/keys/money. I’m not a runner (unless you count running chasing Timothy around!), though, which I feel this product is truly geared towards. So, I gave it to a friend who is an avid runner to try it out. Here was her feedback:

Spoiler alert: I absolutely love the FlipBelt! I’ve had a SPIbelt for years that I used to use regularly. I’ve seen FlipBelt on the market, but didn’t really think it would be any better than what I already had, so didn’t want to waste my money on more running gear. When Kristin asked me to borrow hers, though, I figured “why not!”

First let’s talk about size and fit. FlipBelt comes in sizes XS – XL and is not adjustable from those sizes.  That alone made me a bit weary of the product – I’m generally between sizes in most things and something like a running belt needs to fit PERFECTLY. The FlipBelt does fit perfectly! The material is super flexible, but strong and sturdy and hugs my hips just right. 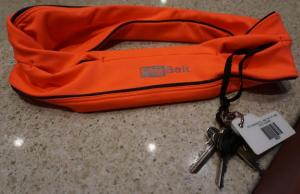 Now the important part, how does it perform? I’ve worn the FlipBelt on runs up to 10 miles and I’m absolutely obsessed with this thing! It fits my large Nexus 5 phone + case, keys and still has room for gels/snacks. I love that there’s a little secure key string on it too, so I don’t have to worry about my keys possibly flying away. Most importantly, the FlipBelt doesn’t bounce, or slip AT ALL. The last time I wore my SPIbelt was during a marathon a couple of months ago and my phone was in it flopping around on my back for half of the time. It was super annoying and I told myself I’d never bring my phone on a long run again. That was until I met the FlipBelt. This product seriously makes running with my phone seem like it’s not even there. Sure it’s a little extra weight around my midsection, but other than that it’s basically invisible. I like to wear it under my shirt so that my shirt doesn’t pull at all, which does give a little bulk to my look. However, the FlipBelt hugs so close to your body that it’s barely noticeable – especially when you’re running!

I was so thrilled Katherine loved it so much as an avid runner and all of my mom friends at the playground definitely want one too. I highly recommend the FlipBelt for anyone from a mom to an athlete to a runner to someone going on vacation who wants a new stylish “fanny pack” so to speak.